Governor Greg Abbott on Friday announced that schools will remain closed through the rest of the planned school year, but businesses could expect a phase-in of re-opening beginning this week.

Leaders at state and local levels are trying to find ways to restart the Texas economy while maintaining safe practices to guard against additional infections of the COVID-19 virus.

• Re-opening state parks on Monday, April 20 with requisite of mask-wearing and distancing measures.

He also promised increased private-sector testing for COVID-19 and said those results would determine at what rate the economy can be re-opened in phases.

Abbott stated the stay-at-home measures would be reconsidered by the end of the month.

State Rep. Kyle Biedermann on Monday wrote a letter to Abbott, expressing disappointment with what he thought was a timid plan.

“The most recent executive orders were a disappointment to small businesses stranded and struggling to stay afloat. Our small businesses, formerly employing over 45% of Texans, are the ones most threatened to close permanently by the government mandated shut down. More needs to be done to allow them to get back to work,” Biedermann stated.

He said few businesses have the wherewithal to structure their inventory and online purchasing options.

“If shoppers can responsibly shop at grocery stores, Walmart and places like my hardware store, then let them do it everywhere following CDC guidelines for social distancing and disinfecting,” he wrote.

“By forcing the people of Texas into a recession, you are not allowing the people to take personal responsibility for their actions. I urge you to fight for the rights of small businesses and allow them to get back to work now,” he said.

For their part, city leaders seemed cautious about inviting back tourists, many of whom come from areas with high infection rates.

“As we move forward, we need to exercise a lot of restraint because we will get a lot of businesses that want to open immediately and there is pressure on this issue,” he said. “But we also need to recognize the fact that there are still a lot of cases in Travis and Bexar counties.”

“Those individuals are at our doorstep, and they tend to visit our destination on a regular basis,” he said. “So, we all need to be cognizant of that and careful about how we go about this.”

Myers said the city council will take up the matter at its Monday night meeting. In the meantime, he said the city will reach out for input from business owners about how to successfully move forward.

Without naming them, the city manager said some local businesses have closed permanently and will not reopen due to the conditions caused by the global pandemic.

Myers said a task force would be created to look at ways to come behind the closed businesses and help create new opportunities for other businesses, while coordinating with advice from medical professionals. 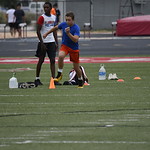 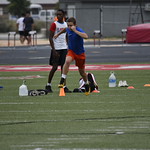 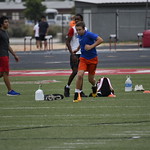 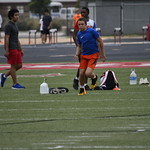 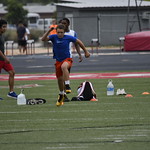 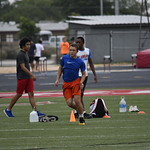 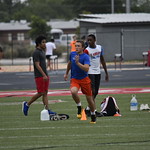 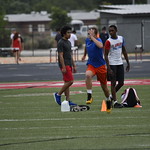